From the Snapper.....Newcastle's own crack

Theresa May vs. Jacob Rees-Mogg. It’s hard to see this match up and not feel sorry for Theresa May. And, let’s face it, it’s difficult to feel sorry for someone who seems to be the author of her own problems. Or, to be fair, the ghost-writer who has to pretend that she fully understands the multiple strands of the Brexit plot; who has to pull it all together and then say to the British people – Brexit means this. Or that. Or the other. She has no idea. Which is why the Tory government stumbles along in a welter of briefings and counter briefings, claims and counter claims all of which brings us no nearer to figuring out what the future outside Europe means. Theresa May would be quite right to blame the original author. This, of course, was David Cameron, whose arrogance shielded him from the fact that he didn’t understand where the Brexit story was going to go either; who suddenly woke up one morning and said, eh, hold on, that’s the story written by Nigel Farrage not me! Ah, well, he thought, I’ll resign and leave it to someone else to figure out. And poor old Theresa has never figured it out. Or she’s figured it out to the extent that she understands it will be terrible for Britain but has to pretend she thinks it makes sense as the majority of her party are xenophobic dimwits who have certain expectations of their leaders. Poor old Theresa fails to understand that Jacob Rees-Mogg and his supporters are fully committed to hard Brexit no matter the consequences based on their Little Englander, libertarian ideology. They don’t care about peace in Northern Ireland or that leaving Europe could result in higher costs for the likes of you or I. They don’t care about global warming, the NHS, schools, food standards or Johnny Foreigner. Especially as Jacob Rees-Mogg is a Tory not for turning. A Tory fundamentalist who doesn’t believe in contraception or same sex marriage. The kind of Tory moulded via other despicable conservative ideologues like Peter Lilley and John Redwood. The kind of Nasty Party conservatives who Cameron couldn’t tolerate in his supposedly new ‘nice’ Tory Party. But they never went away; they just hid and then awaited their chance - and what a chance Europe provided them. No more would they have to hide their repellent politics. They could consort with various Breitbarters and Donald Trumpers and not have to justify why. Extreme politics on the other side of the Tory Party coin. Nothing to see. A reflection of many of the electorate in this country who are quite prepared to believe what a posh boy like Rees-Mogg says rather than what the evidence on the ground actually proves. That simple answers to difficult questions are easier to take from a posh boy who doesn’t care rather than the ambiguity from someone who does. Jacob Rees-Mogg a future Prime Minister? Don’t bet against it.

A New Dawn for Alba and Giada

The Bridge records historical events as if they are in the present tense, today saw the centenary of women getting the vote in UK, an occasion which we at the Bridge cant ignore.

Why are so few women publishing scientific papers? It is a question that has been posed by New Scientist magazine, as it reports that in medicine, female authorship of scientific papers has started to go backwards. Since 2009, the proportion of women as lead authors has gone down.

Findings such as these usually provoke a cry of “We need more women in science!” and organisations wheel out a spokesperson to explain that girls should be encouraged to study science at university. The Welsh government, for example, celebrated International Women’s Day this way.

But while this is a fantastic way to persuade science funding bodies to reach into their pockets, it just doesn’t fit with the evidence. The quiet truth is this: women are doing science. And not only “more women than ever before”, as the New Scientist puts it. In fact, in lots of scientific disciplines women outnumber men.

Enough talk. There are ways we can help women in science now

Don’t believe me? Recent data from the UK’s Higher Education Statistics Agency(although not available online, I requested the gender breakdown from its press office) shows that 69% of students studying medical technology-related degrees are women, as are 86% of those studying degrees in polymers. A whopping 77% of students studying veterinary science are female. The figure for psychology is even higher at 79%. The majority of students studying degrees in anthropology (72%); ophthalmics (69%); anatomy, physiology and pathology (64%); zoology (63%); forensic and archaeological sciences (61%); and pharmacology, toxicology and pharmacy (61%) are female.

More women than men study clinical dentistry (59%); clinical medicine (55%); biology (58%); molecular biology, biophysics and biochemistry (54%); archaeology (56%); and “agriculture and related subjects” (67%). The story is the same in subjects such as genetics (57%) and microbiology (56%). For programmes classed as “broadly based programmes in medicine and dentistry”, the percentage of female students is even higher, at 76%. There may be more women studying full-time degrees across the board (54%), but there is still an undeniably strong female bias in science subjects.

If there are so many women studying medical subjects, how do we explain the sudden decline in female authorship in medical journals since 2009?

This is unlikely to be simply about the number of women studying medicine. Women have accounted for more than half of all new medical students since the 1990s. Today, even at postgraduate level, 64% of students studying medical and dentistry subjects are female.

Instead of discussing gender bias, the New Scientist blames the “choice” to have a family. It points to a study in this month’s American Economic Review that shows women incurring earnings penalties in science if they have children. A recent House of Commons science and technology committee report goes into more detail, saying that scientific research careers are dominated by short-term contracts with poor job security – at the very time of life that women need to have children (if they want them). The female postdoctoral scientist faces difficult decisions while stuck on fixed-term contracts before tenure, with very little in the way of institutional support. Women should not have to choose between career and family, says the science magazine. But surely male scientists face similar choices?

A New Dawn for Alba and Giada

I would like to welcome Alba and Giada to the Bridge project, these women are the latest interns to help keep Mr Kell standing. Their...

The heart of this project grew out of a project called Spirits of Hope, during that programme which finished four five years ago,... 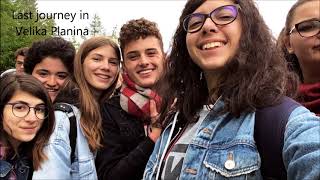 Today was the third day here in Slovenia. We went to the capital Ljubljana and it was pretty awesome. During the morning we first went to...

Once we woke up, we took the bus to go to school, and it took us 20 minutes. When we arrived, we talked with other guests in the library,...

Bartek Pietryka, Poland First day in Slovenia was pretty outstanding. We started the day with Ice Breaking activities to start to know... 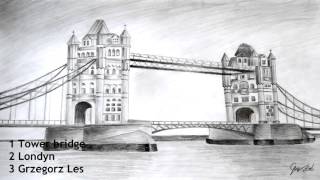 the Polish school participated in a project where students created fascinating images of world famous bridges for a competition. There... 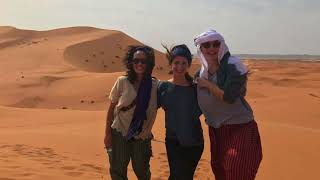 Last year we had a fabulous student working on the Bridge at Shotton. This was Manon Vincens. She left us to study at Regis University in...
1
2
bottom of page